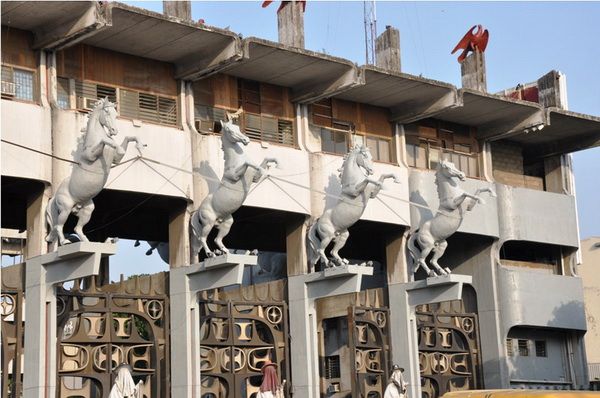 The starting point is the Tafawa Balewa Square built as a horse racing field by British for Lagos Colony, but later

converted by the Gowon military administration to independence parade ground. Our take off vicinity also has the old Nigerian national Assembly, JK Randle Hall, the oldest Cricket Oval, The Muson Centre, The Old ECOWAS headquarters, The National Museum and Monuments, and The Lagos Lawn Tennis Club all within 100 metres radius.500 metres from the take-off is the old Nigerian Legion square

Getting to Broad Street directly opposite the General Hospital is the first 12 story building in Nigeria, The western 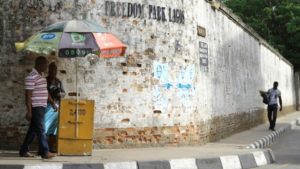 House built by the sage ‘ Obafemi Awolowo’ Immediately after is the Old Prison Yard now rebuilt and called Freedom Park. We must bring to fore that the Prison Yard built during the Colonial era, had people like, Abubakar Tafawa Balewa, Obafemi Awolowo, Nnamdi Azikiwe, etc were inmates now a full blown tourist centre. Then the Labour House home to Center for Black African Arts and Civilization. The home to all Festac ’77 relics.Still on Broad Street, The first major bookshop “CMS Book Shop” by the left.

Madam Tinubu – (The first Iyalode of Egba land) center of trade exploits today is the central market zone of Lagos. 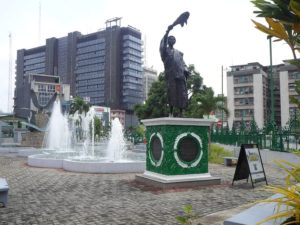 Her commemorating structure is the Tinubu Square sitting directly opposite the headquarters of the Central Bank of Nigeria. Madam Tinubu lived circa 18th and 19th century.

Still on Broad Street after Tinubu square is IGA TAIWO OLOWO – (An IGA is a traditional palace of the head of Eyo Masquerade). 1000metres straight down is the charade of high rise buildings overseeing the Lagos Marina. 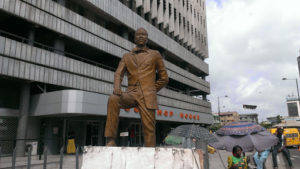 bookshop. Just 100metres from CSS bookshop is Kakawa Street, the headquarters of Newspapers Distribution Association. A monumental area of respect in the pre and post-colonial history of Nigeria.

On Apongbon stretch by your left is the ancient Methodist Cathedral Olowogbowo. Straight stretch run is the Eko bridge. A beautiful sea sight while exiting the Island of Lagos and the marina. Taking photographs on this bridge

gives you two interesting scenes: The view of Apapa port, and also the colonial Railway station in Ido. Running down the Ijora Olopa bridge is the ancient Coal Power Plant – the first in Nigeria

Then the exceptional run-thru of the prestigious National Theatre: Commissioned in 1976 to host the first gathering of Black Civilization Festival Festac ’77.

Market, National Stadium, and the terminal point for the 2018 Lagos Women Run ends are situated. 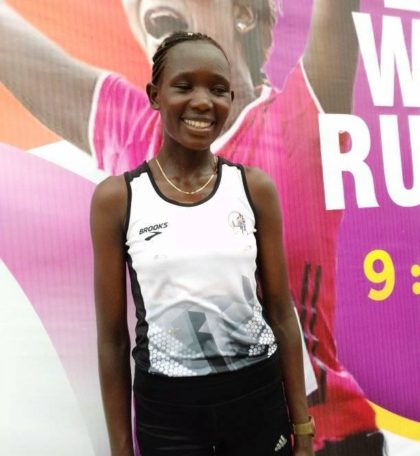 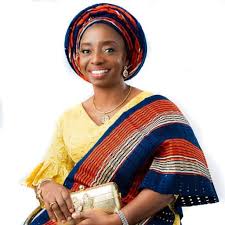 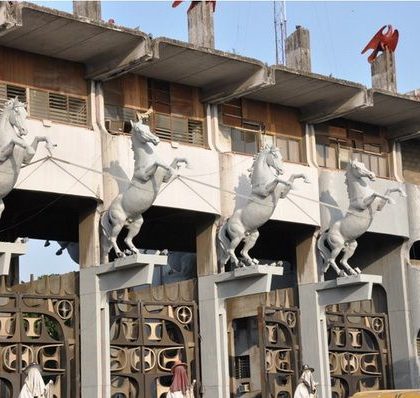 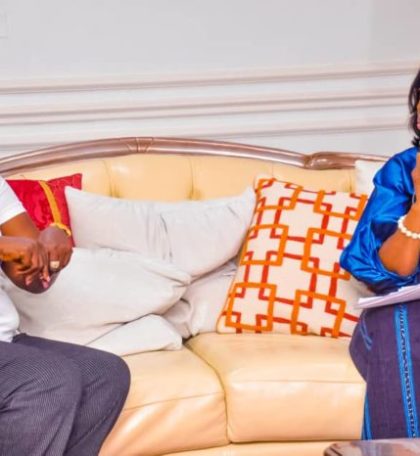 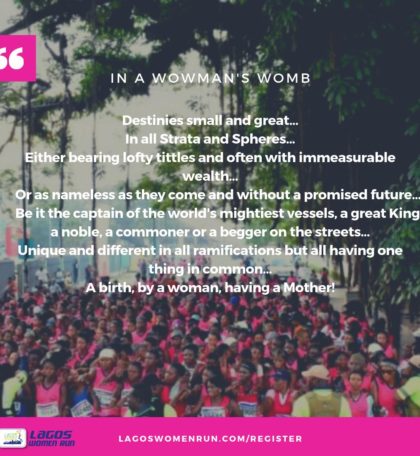