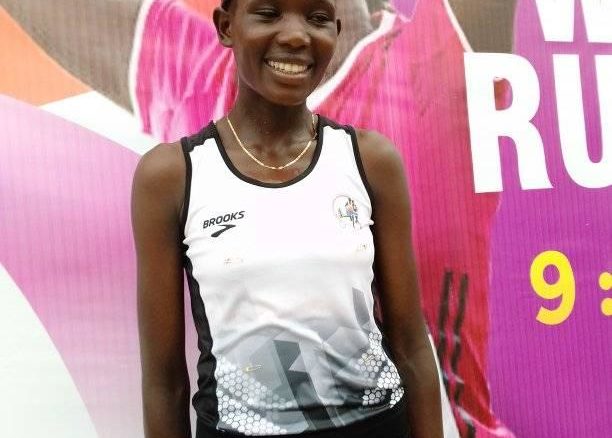 At exactly 28mins, 55seconds, Kenyan  Cheptoeck Careen braced the tape to win the 2019 edition of Lagos Women Run which was held early on Saturday 9 November in the city of Lagos, Nigeria.

P.M. EXPRESS reports that Careen had last weekend came second in the maiden JAC Motors Abeokuta 10km Race which was held in the ancient city of Abeokuta, Ogun State. The Kenyan athlete is expected to pocket the sum of N750,000 (about $2, 072)

Trailing behind Careen were two Nigerians, Deborah Pam and Elizabeth Huhu Power, both from Plateau State who came second and third respectively. P.M. EXPRESS understood that Power, a student of College of Education, Quanga, Nasarawa State, ran 31 minutes to claim the third position.

The Run witnessed a large turnout of women in Lagos with a major boost with the presence of the Lagos State First Lady, Dr. Ibijoke Sanwo-Olu who was at the starting point to flag off the Run at the Tafawa Balewa Square (TBS), Onikan to show her support for the all-female 10km Run, an annually event for women from all works of life with an avenue to network, interact and deliberate on issues related to the female gender.

Supported by the Lagos State Government through the Lagos State Sports Commission, the 4th Lagos Women Run enjoyed good corporate backing from a number of companies such as Bet9ja and a host of others.

“Lagos women Run is not just running for good health alone, participants are also running to know the various monuments and tourist sites within the 10km that the Run covers,” said Tayo Popoola, the General Coordinator of the Lagos Women Run.